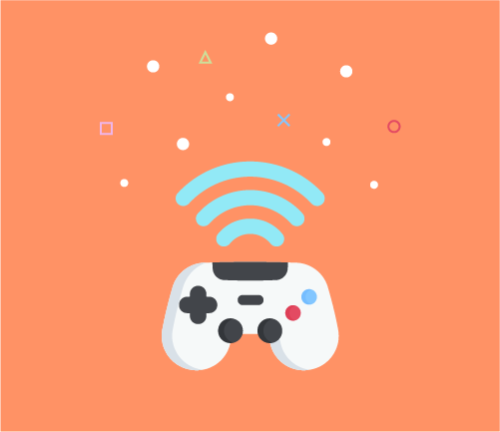 Ready to get your game on? We’ve collected a list of 5 top YouTube gaming channels that make gaming as fun to watch as it is to play. From first-person shooters to RPGs and puzzles, there’s something for everyone.

With a whopping 111 million subscribers, PewDiePie is without doubt the most popular gaming YouTube channel out there. It seems the Swedish streamer’s clever combination of Let’s Play style videos, witty humour and genuine gaming skills are what won over his fans. He also has a members-only paid channel which gives access to live-streamed content. Check out his channel here.

Tiffy is a ‘variety’ gamer, meaning she uploads daily content that covers just about everything, from horror to indie to puzzle games. You’ll also get a sneak peek at her cute animations. Take a look at her channel here.

The Boys is a group of YouTubers who regularly collaborate on VR gaming videos. The group is made up of Mully, JoshDub, EddieVR, Juicy, Your Narrator, Smashing, as well as some more infrequent members. Hilarious, doesn’t do their videos justice – you definitely need to check these guys out.

A frequent player of horror and indie games, Mark occasionally covers more mainstream titles like Minecraft. But whatever he’s into, get ready for hilarious gaming videos, original comedy sketches, animated parodies and more. Worth a watch?

Ali-A is a YouTube gamer that provides content on a large variety of games. From first-person shooters like COD, to play-through games such as Zelda and Pokemon. He plays on PS4, Xbox 1, Xbox 360, PS3 and Wii U and is a great option that’s family friendly. Take a look now.