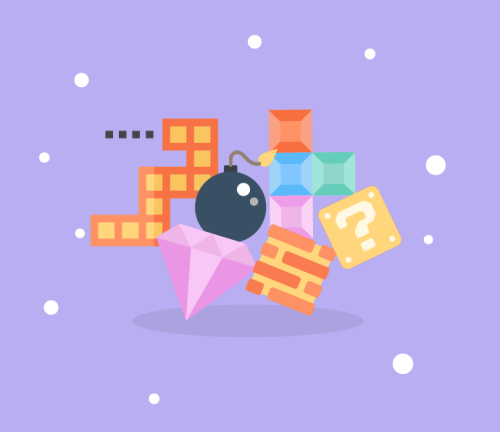 Ready player one? Get gaming in lockdown

Fancy a little nostalgia trip to a time when games were simple yet frustrating, when the most exciting thing you could play on your computer was a card-game, and when a little yellow circle eating dots and being chased by ghosts was the most popular thing around?

A mobile classic, Snake has been the preloaded game on Nokia phones since back in the late 1990s. It requires a quick hand and nerves of steel or you’ll easily get tied in knots.

While you may not have a Nokia anymore you can still test your skills with Snake ’97, an app available on iOS and Android, that keeps the old-school look and feel, sounds and controls.

For anyone seeking a bit of an update, Google have created their own take on the game featuring a train that needs to be guided through cities around the world. You can play on your mobile, but it’s best experienced on desktop.

To some it’s pure guesswork, to others it’s a beautiful game of logic – either way Minesweeper is nail-biting fun, where you have to find all the bombs without detonating them.

There are many different apps and desktop versions of Minesweeper, but you can play the game with its classic look for free here. Google have also created their own free version of Minesweeper set in a garden.

A card-game perfect for playing alone, Solitaire has been entertaining us on our computers for decades.

Now that smartphones exist, Solitaire has remained a firm favourite – try this one on Android and iOS. And as usual, Google have their own take on the classic.

While you get ‘General Knowledge’ questions as standard, you can also purchase additional quiz packs on subjects such as ‘Food and Drink’, ‘Sport’, ‘TV’, ‘Film’ and ‘Music’.

Your dreams of becoming a Pinball Wizard are far from over! This addictive game revives a strong sense of nostalgia for anyone that owned an old Windows desktop computer, and can now bring you some joy as you while away the lockdown hours.

Try out the Space Pinball app on iOS and Android.

Now who could forget this little yellow man? Having thrilled gamers since 1980, Pacman was given a Google makeover for its 30th anniversary in 2010 – have a play for yourself here.

In years past, these amazing games would have eaten up the data on your old Nokia 3310, but now with SMARTY’s great SIM plans you can enjoy Unlimited data – so nothing can stop you (not even the pesky Ghost Gang).

Have fun and get gaming!