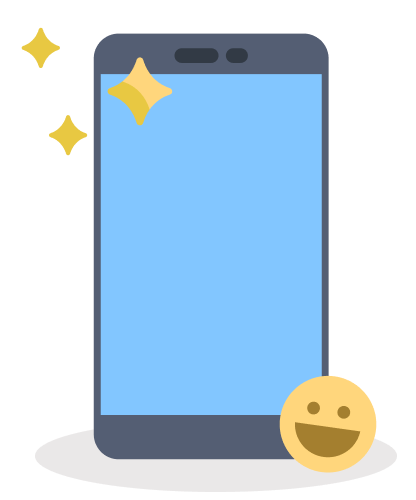 Psst – this blog might help you win a new iPhone 11

Fancy a new iPhone 11 – for nothing? Well, right now, you’ve got the chance to win one in the SMARTY quiz. But the questions are tricky so you’ll need to swot a little. Hey – who knows - maybe our cheeky writers have snuck the answers into this blog ;-).

The first iPhone was unveiled by Steve Jobs on 9th January 2007. As Jobs made the big reveal he said, "today Apple is going to reinvent the phone," and – just as he promised - it changed mobile phones forever. In fact, the iPhone Jobs unveiled didn’t entirely work. The time on the screen had been pre-set to match the time the phone was revealed – about 9.41am. And, to this day, 9.41 is the time always shown on iPhones in ads.

Interestingly, when Apple was developing the first iPhone they looked at two options. The touch screen we know today, or a click-wheel iPod that also made calls. Luckily for us Apple went with the touchscreen version - and the first iPhone won the 2007 Time magazine ‘Invention of the Year’.

Since then 21 versions of the iPhone have been made. As you’d expect, the new iPhone 11 is yet another big step forward. It has the fastest ever smartphone chip, unprecedented battery life, and a dual camera which shoots 4k video and captures four times more scenery.

Over 2 billion iPhones have been sold since 2007. With that many iPhones sold you’d think anyone who owned a stake in Apple right at the start would be loaded now. Well -- almost. You’ve got to feel sorry for Ronald Wayne. He was a co-founder of Apple who, in 1976, sold his 10% share back to Jobs and Wozniak for $800. If he still had it today it would be worth $95 billion. Ouch!

So, now you know a little more about iPhone history why not have a go at our quiz? A shiny new iPhone11 could be all yours.

But remember, whether you’re an iPhone lover or an Android devotee, to make the most of your phone you’ll need a great network and a good value data plan. SMARTY offers both. And, don't forget our Unlimited SIM plan comes jam packed with all the minutes, texts and data you need - all on a 30 day rolling plan. Click here to order yours today